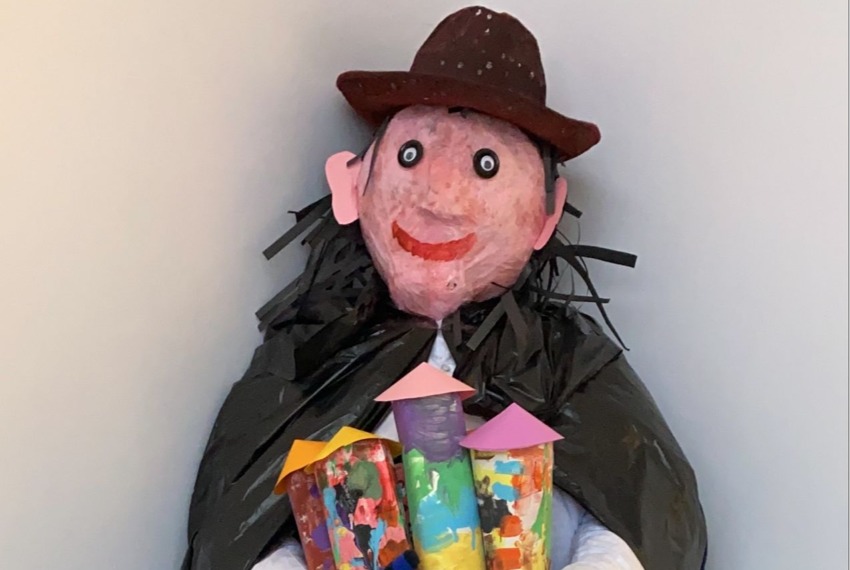 The Reception Class at Daven Primary School were the winners of the schools competition to build a Guy Fawkes to put on the town's Bonfire in the Park.

Rotary Congleton, who presented the awards as they organised the competition, were represented by Stewart Price.

He told the Congleton primary school that their Guy was the best in class and a worthy winner.

Mr Price particularly liked the papier-mâché head. The winning Guy took a prominent position with the other school entrants on top of the bonfire.

Several members of the reception class were there to see it go up in flames on the night.

The school can spend the fifty pounds as they wish. Reception teacher Grace Henshall said:

"The children really enjoyed making the Guy Fawkes especially stuffing it with the shredded paper. They were super pleased when they were told they had won the competition and had huge smiles on their faces."

"Our outside area is looking a little tired and we are going to use the money to buy equipment for Receptions outside area."